YET MORE PROOF that I am mentally about TEN

"Oh gracious," I said, resting a hand on my chin in solemn, adult-like scholarly fashion. "There was an earthquake off the coast of Oregon? Do tell..."

I opened the email.

...and then I sniggered for about half an hour... 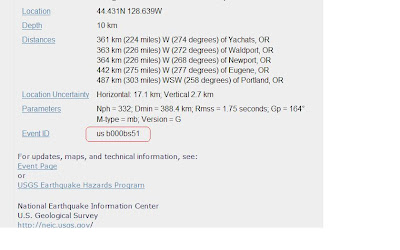 IN OTHER NEWS...so, I'm opening the new business acount, right? And we have had more than a couple back-n-forths because of forms and things.

GET. THIS. I had drafted up a nine-page operating agreement (with myself, mind you, because I'm the SOLE member) that I was already thinking might be a little too lacking in detail for Official Entities such as banks, who tend to want things verrrrrrry official all the time. But since I rather WANT to leave my options open in terms of what I'm "allowed" to do, well, I thought I'd just try to sneak it in.

Yeah. It was rejected by the auditors TWICE because they feel they found 'discrepencies' in how it would be managed. "It says MANAGER on the operating agreement, but MEMBER on the state filing."

We then had a couple rounds of "no it doesn't" "yes it does", and then the "are you QUITE sure you aren't looking at some OTHER form?" discussion and then? They sent me basically a blank operating agreement that met their rigorous standards for such things.

Which consists of one (1) line of plain text that says "This company is member-managed. Sincerely, Me. Sole Member."

Nothing about our fiscal calendar. Nothing about bookkeeping practices. Nothing about if/how we pay expenses, taxes, members, or anything else. In short, it is like writing, "Trust me! Whatever it is I do? I do it!" and calling it a business filing.

Oooooooookay. Well. Glad we got that out of the way. And now we can all feel SO MUCH SAFER, because thus is America protected from the terrorists who would otherwise be opening up "business" bank accounts left, right and center with vague documentation, misdirecting the banks around what tax forms might be due to Da Gummint at what points in time, and...wait...do I...have this...BACKWARDS...somehow...?

Labels: Employment of Self, Mayhem