You ask a simple question…

Danger Mouse had a dentist appointment today, to get some fillings.

The husband made the mistake of sending me an email asking me how it had gone.

So, I told him how it had gone, as follows…and the moral of this story is, don’t ever ask me a simple question, as I am incapable of providing a simple – or short - answer…

OMG. Well. Therein lies a tale. And it goes like this. I got to the school at 10:35 and I was walking over to the administration office like a boss, looking around at all the other adults milling around there like, "I understand.  I'm responsible now too.  Just look at my groceries. Plus also I am totally on top of these things, because I am very mature and responsible that way." (Sadly, I’m not entirely exaggerating…I was so darned proud of myself for not still being at home at 10:50 going, “Oh…@*^&@…is that the time?!” like I usually am…)

So I get her all signed out and the secretary calls her third period PE class and goes, “Yessss, so, I’m calling for…uh…Buhhhhhh…” and I hear this perky voice on the speakerphone go, “Oh, let me guess, Danger Mouse? Yes, she said she’d be leaving during this period, she’s sitting with her things over on the benches, I’ll go let her know.”

And now I’m looking around like, “Yeah, my kid? => totally on top of it. That’s right. She even told her teacher she would be leaving right about now. This is teamwork, people. This is what we should all aspire to as parents. I am the best parent in the history of parenting.” (<= conveniently ignores the fact that laundry is still piled up all over the house, nobody has had a home-cooked dinner in approximately two years and that I have now officially lost more forms than I have successfully turned in over the course of their school careers.)

Ten minutes later, I’m still standing there, clutching her pink excuse slip. The bell for the next period rings. Kids are milling around in vast numbers. No Danger Mouse. Where the heck IS she? I go back to the window and go, “Uh…?” and they say, rather pointedly, “She’s on her way.” Oooookayyyyyyy…I go back to waiting.

At 10:55 (!!) I called the dentist’s office and said “OMG WUT IDK WHERE MY CHILD IS BUT WE’RE GOING TO BE LATE !!!WAILING FACE!!!” And they said, “Well, just get here as fast as you can.” Then I went back over and banged my fist on the counter until the secretary decided I was annoying and checked on her current location. And she goes, “Oh. She went on to fourth period. I’m not sure why she would do that, since they did make a general announcement in PE…”

After I got done screaming and clawing at my face, I asked what that meant, ‘general announcement.’

And yeah, this meant exactly what I thought it meant: The person on the phone who told us about how she was sitting on the benches with all her things waiting to go and that she’d go let her know I was there to get her did not then, you know, walk over to her and say, “OK, kid, grab your stuff and split.”

No. She walked over to the PA system and went, “Murfle-purfle blissabloss? Pssssst tegere wah-wah sssstic...” over the craptastic speakers in the locker room, where a herd of chatting teenage girls were making themselves ready to rejoin society.

IMPORTANT NOTE: none of these chatting girls were Danger Mouse, because she, AS THIS SAME LADY HAD SAID WHEN WE CALLED, was sitting on the benches, waiting (im)patiently for her mother to arrive. Outside. Where the PA system isn’t. Not that anyone can ever understand anything said over the PA system anyway. But it is even less understandable when the announcement is being made, you know, where you AREN’T.

OTHER IMPORTANT NOTE: Banging your head repeatedly against the brick facing of the school is not advised. It causes not only a pounding headache, but the roughness of the brick tends to break the skin more than, say, a keyboard or a desk does. #ProTip.

So the secretary called into the fourth period classroom and about two minutes later here came Danger Mouse jogging across the quad – but by this time it was a good ten minutes after her appointment was supposed to start. I was already thinking, “Ehhhh, they’re totally going to tell us we have to reschedule, but, maybe, just maybe if they have a slow morning…!”

As we’re driving over, Danger Mouse informs me that she was more than a bit puzzled that I hadn’t shown up and almost went to the office between 3rd and 4th period just on general principle, but then reasoned that she should just keep doing what she was supposed to be doing and wait for instructions, which was of course the right thing to do, so I went, “Oh. Well. That was the right thing to do. Wish you had just gone to the office, though.” Which is sending her mixed messages which is the opposite of good parenting. But I figure at this point my cover is blown anyway so I might as well send mixed messages, belch loudly and blame it on the cat, maybe teach her how to light one cigarette with the end of another to save both time and matches, oh, and, how to identify the scaredy-cat kids so you can trick them into betting their lunch money on a game of mumblety-peg because they will pretty much ALWAYS chicken out before the first cast, thus giving you extra pocket change without any real danger to life or limb from the pocketknife-tossing thing. Brilliant.

We skidded into that office at 11:15 (<= which was pretty darned amazing time, actually, the Stoplight God was definitely with us) and of course they were all, “Yeahhhhhhh, we’re gonna have to reschedule, there isn’t enough time left.” 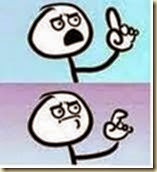