I cannot think of a title for something this random

It’s not that nothing is going on – kind of the opposite, I suspect. There’s so much going on, on every front, that by the time I’ve hung up the phone, logged off, gotten home, settled down and so forth…I end up going, “Duuuuuuh…no can think-think, need drink-drink and dumb-dumb entertainment for staring at with eyeballs of redness…”

The project I’ve been working on all this time is starting to think about winding down a bit; there’s still a lot of data to move around, but at this point it’s a matter of setting off very-long-running jobs I’ve already written, keeping half an eye on them while they chug along, and then doing some annoyingly manual work after the job finishes to fix all the stuff that has gone off the rails between April 1904 and now.

This is kind of a funny outfit; it’s kind of…how to put this gently…well, it’s like…people who have no idea how to build and manage a data center, somehow found themselves being…a data center.

So they’ve done the best they can.

Eeeeeyeah. It’s a bit of a mess. I’ve got a list of things that need doing as long as my arm, and then, I was voluntold that I would be taking over “a few things” from my manager, seeing as how I’m one of the most-senior-ish developers on the team and have A Certain History with this client (I did some significant work for them a few years ago, which does rather put me a few feet ahead in the foot race) (although, I suspect they may mean “senior as in old”. But I try not to dwell on that too much.)

And then they loaded up a baseball pitching matching with marbles, set it on “SUPER FAST,” handed me a plastic teaspoon and told me to hit as many as I could. Holy crap!

But never mind all that, check out THIS.

Now, you may think this is just a random picture from a random Renaissance fair, but it isn’t. THIS is a picture of a group called Country Matters. And that tall dorky looking guy third from the left in the back there would be my husband.

They haven’t sung together in (get this) seventeen (17) years. I don’t anyone would have guessed that, listening to them. OK, OK, the first couple rounds were a little disjointed here and there. But by Sunday, they were tight.

It was weird, walking around that fair between shows; there were so many old friends, and so many new faces, the layout was all wrong but strangely familiar, and – most bizarre of all to me – so many people who remembered me.

And they will never forgive me for leaving the harp at home.

It is things like that which make it very hard for me to settle on what I want to be when (if) I grow up; it throws the oddness of my life into sharp relief, you know? That this can be as normal to me as a day in the office; that a day spent dueling about whether it would be better to use page compression, or row compression, is as second-nature to me as flopping down on a hay bale with a set of wooden knitting needles and some dust-not-showing yarn to pass the rest of an afternoon.

And it doesn’t phase me at all when some guy I sort of remember as being attached to some girl I know suddenly throws himself across my lap and says, “Pet me, I’m sad!”

YA KNOW, if that happened at BART? I would not have laughed and patted him on the head.

My people are such a strange bunch, really; sometimes I think if you gathered all the ones dearest to me together…we’d probably have a big old brawl on our hands, PDQ.

They are dorks and intellectuals, glamorous and plain, goofballs and studious-types, religious and not-so-much, vegan and carnivore, rich and poor.

And…me. Not exactly any of those, not exactly not any of those (Well, except glamorous…I’ll never be glamorous, even if I wanted to I couldn’t pull it off) (well, not for long, anyway…maybe for an afternoon…OK, well, maybe, like, for a couple hours…). Like I’ve got a finger or toe in all of them, but never quite seem to saunter over the line to settle in anywhere.

We got home tired and then Monday came in its usual unrelenting way. And we went back to what we suppose is “real” life, but sometimes I’m not so sure which one is real, and which one is just a dream. 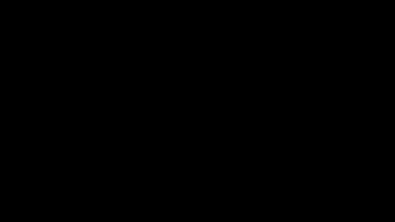 (Steve is the captain of the Sea Dogs, and one of those people who just sort of makes me smile a lot. He’s so darned sweet. Even if he does look exactly, I MEAN EXACTLY, the same as he did fifteen years ago which for those of us with crows feet and other assorted obvious signs of Father Time’s Touch is a tad irritating. And also is a terrible purveyor of brain worms like this one.)

(OH yeah. I TOTALLY owe him some payback for sending us off Sunday night to Ming-guh-frickin-lay. And also because it inexplicably made me teary. GAH. I am so going to march up and sing something awful to him the next time I see him. Because, dammit, Steve!!!)

(They’ll be out at Dickens, weekends starting November 23. As will an awful lot of my kith, actually. If you’re in the San Francisco, you should totally go check it out.)

Sounds like a brilliant weekend. And just my kind of people. These days, I've substituted gamers for choristers, but they're just the same sort of people: vivid imagination hidden under some boring exterior. Pity the gamers don't sing.

If you want to make me cry, sing "Laudate" (official national anthem of all Australian university choristers).

PS: I have a title for this post for you. "Pasttime with good company", which is a madrigal reportedly written by Henry VIII. I hadn't sung it since I left Oz until last year, when my choir was on tour in Nancy, France. Much to the shock of the staid members of my choir, the Choer Nancy Ducal had a sing-a-long after dinner.

"Pasttime with good company / I love and shall until I die. Gruche who lust but none deny / so God be pleased thus live will I."

Oh, my husband and I do the Mingulay Boat Song. He sings, and I harmonize on the flute. And now I'm hearing it in my head, so congratulations, you've passed the earworm on. Heel ya ho, boys...

VTazdecor said...
This comment has been removed by a blog administrator.
6:36 PM